For me, 2016 was the year of possibilities. In additional to leaping for my dreams, I committed to self-direction studies. Listening to Crimson Daggers’ podcast convinced me that art school doesn’t matter. If you push yourself and you’re hungry, you’ll learn. “Go back to the fundamentals,” is the advice I kept hearing. So, my goal was to do a film still study every day.

The problem: I could churn out an nearly exact replica and learn nothing. My bulk study approach wasn’t working. I needed more critical thinking. I needed to emphasize the fundamentals.

Back to the drawing board, I devised a fundamental-oriented program. 3 studies a week based on 1 fundamental.

Below you will find 15 weeks of studies done in this method.

We took a break for Inktober. Instead, we did a progression of topics meant to harmonize.

After Inktober, I revised the study program again. Even focusing on a fundamental, I found I was trying to recreate the scenes exactly. I wanted these studies to push my critical thinking. I restructured the program to include one, three-step study per week. We’d focus on the most commonly needed fundamentals only: perspective, anatomy, and color.

This study method is explained in more detail on the #StillStudying post.

Throughout the year, I participated in some study prompts from various art groups. Most of these were done before the start of #StillStudying.

In total, I completed 114 studies in 2016. Not bad. Let’s see if I can do better in 2017!
If you enjoyed these studies and you’d like to join, please check out my channel for more info.

★ GET CREATIVE INSPIRATION IN YOUR INBOX ★

Thank you for signing up! Check your inbox for the confirmation email! 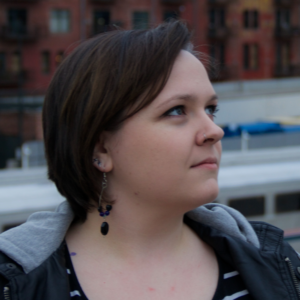